The Imitation Game will possibly be the best movie of 2015

With 2015 only a month old it might be a little early to say this, but here goes: if you watch one movie this year, watch The Imitation Game. The film tells the fascinating story of how mathematician Alan Turing helped to crack the German Enigma code machine during World War II. His work had enormous ramifications for the war and beyond, forming the foundations for the development of the modern computer.

His struggle to relate on an interpersonal level, and to find acceptance in a society which outlawed homosexuality, forms a backdrop to the main plot. This latter is portrayed with sensitivity and levity, leaving the viewer with nothing but sympathy for the brilliant but lonely Turing.

Benedict Cumberbatch plays the part of Turing with such finesse and depth and is eminently worthy of his Best Actor Oscar nomination.

The plot is an exciting one with Turing and his team (including Keira Knightley as the intelligent, pragmatic Joan Clarke) working against the clock. As this group of Britain’s “best mathematicians” experiment with Turing’s code-cracking machine, soldiers and civilians on the front line are dying.

MI6 agent Stewart Menzies, a character played by Mark Strong, introduces the element of espionage or game playing, a theme which runs throughout the film, even after the code is cracked.

The year 2015 marks 70 years since the end of World War II (visit World War II 70th Anniversary on Facebook). Perhaps this accounts for the timing of this war-time release. In any event, if The Imitation Game is anything to go by, certain aspects of this story were only recently revealed.

Viewed from the vantage point of seven decades later, The Imitation Game has much to teach us about war and human nature.

The Imitation Game released in South Africa on 23 January and is currently showing at Ster Kinekor Cinema Nouveau. 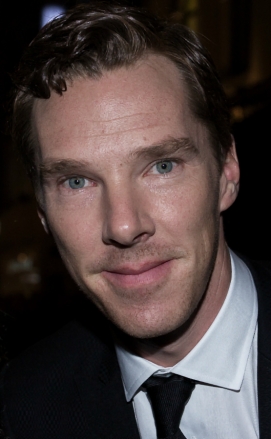 Benedict Cumberbatch plays the role of Alan Turing in The Imitation Game. He has been nominated for Best Actor for the 2015 Oscars. Photo: Creative Commons