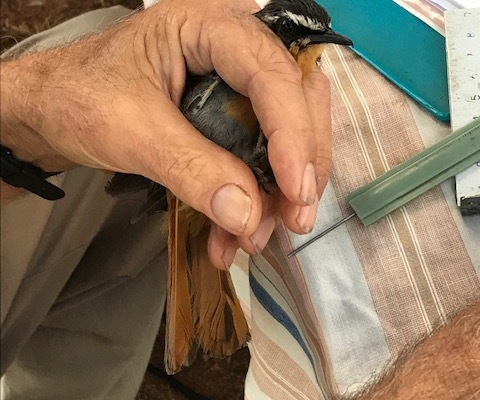 Stepping into Others’ Worlds 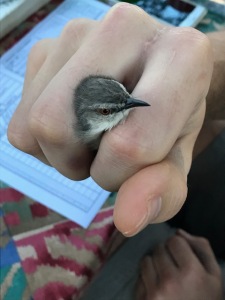 On a recent trip to Pretoria I stepped into several different worlds: Pretoria itself, beautiful with the Jacarandas in full bloom; a local primary school where I read an excerpt of my as-yet-unpublished children’s book to an English class; and a bird-ringing society where I observed the scientific process of ringing birds and capturing their data. 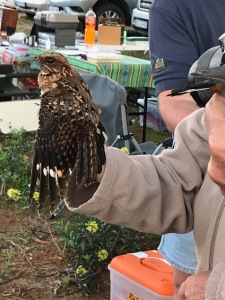 The day after my English ‘lesson’, I accompanied my son-in-law – a conservation biologist – and daughter

to a bird-ringing session at the nearby botanical gardens. At 3.50am we were greeted by a crowd of friendly Afrikaans bird lovers. I could barely speak at that early hour, let alone return the hugs of strangers. I watched the group map out the areas, methodically set up the giant nets, and then set up camp together in one spot. I followed birders out to retrieve birds caught in the soft, hair-net-like-capture sites. The retrieval process was done with care, speed and logic. Each bird was then popped into a soft hanging bag and ferried to the people at the tables. 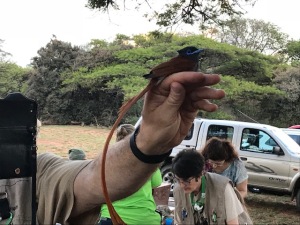 Little twitching sacks hung loosely over chair ends while the men and women carefully extracted the birds, holding their heads firmly between the index and middle fingers. Heads, beaks, wings and legs were measured. The birds were sexed (if possible), a brood patch checked for (by blowing softly on the bird’s underbelly), and ringed. Everything was recorded on a form, including the time it took to ring each bird. The last measurement before the bird was released was the weighing. For this procedure the bird was placed head first into a small tube then put on a scale, its feet sticking up in an undignified fashion. 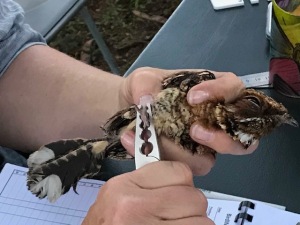 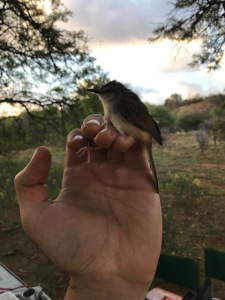 bat, and many, many more were faithfully recorded. This data would then be sent to SAFRING, http://safring.adu.org.za/.

I marvelled at the dexterity and confidence of these citizen scientists. Many – my son-in-law included – were big men with big hands who handled the birds with such gentleness. I marvelled too to see the birds close up – the perfection of curved wings, little soft patches next to the beaks of young birds, different coloured eyes. I learnt how to begin identifying birds. I learnt that barbets have two forward-facing claws and two backward-facing claws on each foot. These, and a set of stiff tail feathers, help them balance on the trunks of trees they hollow out for their nests. I marvelled at the commitment and passion of the ringers. One man had been active in the society for 20 years and had ringed over 11,000 birds.

What a pleasure it was to step into this different world and see up close what I would have missed from afar, even with the best binoculars. 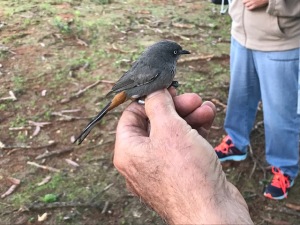 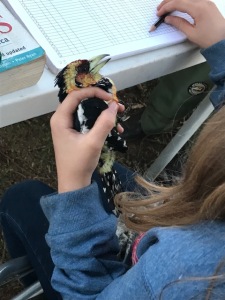 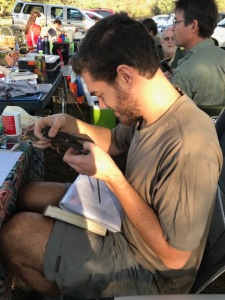