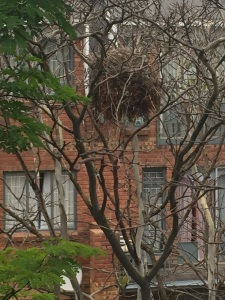 Pretoria/Tshwane is a big, busy city. On a recent visit there I stayed in a little apartment near TUKS (The University of Pretoria) and was delighted by the number of birds I saw. Right there in the heart of this bustling, lively place I saw white-browed sparrow weavers flitting busily in and out of a nest they shared with other sparrow weavers. The small commune they had built was perched right at the tip of a Leopard Tree which grew in the apartment gardens. On the same day I saw numerous other birds about their business. Bulbuls eyed out the resident cat, parakeets shrieked in the trees next door, sacred ibises hunched dourly by a water feature across the way, and red-knobbed coots pecked about on the bristly grass nearby. According to Sasol Birds of Southern Africa, the region’s bird list ‘currently stands at 962 species, of which 98 are endemic.’ What an astounding number. The reason for this high bird diversity, stated the book ‘is [the region’s] climatic and topographical diversity’. 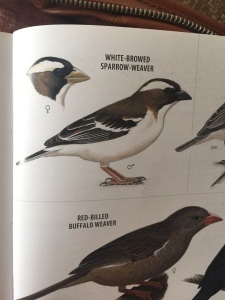 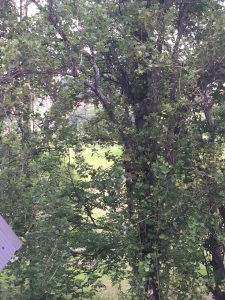 Green parakeets hidden in the bushy trees, and beyond sacred ibis dotted in the foliage

But, of course, habitats are threatened by global warming, a sad thought when reflecting how privileged we are in Southern Africa to so easily enjoy this avian diversity. Just two days before my visit to Pretoria I had watched Al Gore’s latest film An Inconvenient Sequel: Truth to Power. In it, Gore highlights how global warming is caused largely by man’s use of fossil fuels, and how renewables should be used instead for energy generation. Gore’s method of persuasion is political and moral. Science doesn’t form a major thrust of his rhetoric. This is a pity. Instead of being the story of Gore’s struggle to make the powerful accept the ‘truth’ about global warming, An Inconvenient Sequel could itself be much more powerful had it paired science with morals and politics.

Nevertheless, An Inconvenient Sequel does bring to the fore once again the topic of global warming and its destructive consequences. And this is good. Imperative. As I sat listening to the bird chatter above the traffic noise in Pretoria I hoped to be a part of a world that takes big, urgent steps to ensure that we still have a multiplicity of habitats and creatures to enjoy.