Things a Little Bird Told Me is the lively account of how the social networking site Twitter was created. The book is written by Twitter’s co-founder, Biz Stone. The author emphasises Twitter’s large-scale potential for good, as well as its focus on people, as opposed to technology.

The film, Chef, which opens at Ster Kinekor theatres in South Africa on Friday 8 August, similarly shows Twitter’s (fairly) large-scale potential for good (and for bad!) in the life of Carl Casper, a California-based chef. And although the plot follows this cook’s career, the story highlights relationships, particularly that between Carl and his 10-year-old son, Percy.

Both Twitter’s co-founder, Stone, and the main character in Chef are passionate about their professions. How appropriate then that A Feast of Tales should “feast” together in this review on Stone’s “Confessions of the Creative Mind” (as the subtitle of the book states) and Carl Casper’s food creations in the movie Chef.

Things a Little Bird Told Me

In this book Biz Stone relates his own story, stretching from his school days when he instituted a “no-homework” policy, to his present-day (2011 in the book) involvement in Jelly, an NGO he founded. Always a creative go-getter, Stone details his working life, from blogging to podcasting, Google to Twitter, and other interesting encounters in between.

He weaves into his history the many lessons learnt along the way, conveying them in an inspiring, humble, attainable, and entertaining manner.

Lessons include: treating your creativity like a renewable resource, embracing your constraints (using Twitter’s 140 characters as an illustration), embracing the value of vulnerability, and one of my favourites – do what you love, even if you’re unsure of where it will ultimately lead. This last point was particularly true of Twitter, a forum started without its founders knowing how popular and useful Twitter would become.

Things a Little Bird Told Me is a thoroughly enjoyable, recommended read. It is published by Pan MacMillan. 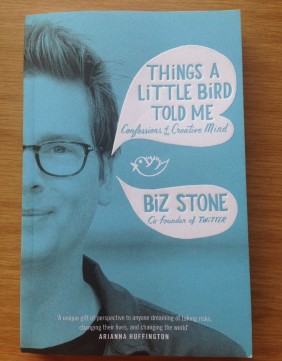 In Chef, Carl Casper (Jon Favreau), a talented but faint-hearted chef, completely freaks out when his food is slated by food critic Ramsey Michel (Oliver Platt). Having only recently been introduced to Twitter by his 10-year-old son Percy (Emjay Anthony), Carl unknowingly Tweets a retort to Ramsey that goes viral, resulting in infamy and the loss of his job.

Through an amusingly good relationship with his ex-wife, Inez (Sofia Vergara), Carl refurbishes a filthy old food truck and begins a new chapter in his cooking career. Accompanied by Percy and his colleague Martin (John Leguizamo), Carl makes his way from Miami back to California, stopping at intervals on the way to make delicious food for local patrons.

Unbeknownst to Carl, young Percy keeps up regular Twitter posts of the food van’s journey. This results in a huge following for the revitalised chef, aptly portraying Twitter’s potential for good. As the journey progresses the improvement in relationship between father and son is evident and a delight to watch.

Chef is a funny, touching, engaging film about family relationships and a connoisseur’s passion for food. 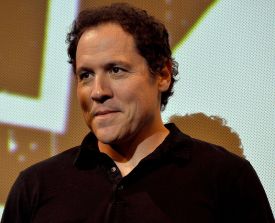