Coco is a Sophisticated Animated Adventure

Coco is a sophisticated animated tale about a young boy called Miguel and his search for ancestors on the Dia de los Muertos (Day of the Dead). 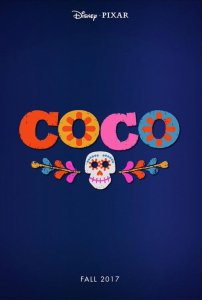 Miguel (voiced by Anthony Gonzalez) lives in a Mexican village with his extended family. The young boy is an aspiring musician, but is

forbidden from enjoying its pleasures by his family because of the seemingly shameful actions of a long-dead musical relative. Through a series of strange events on the actual Dia de los Muertos Miguel enters the Land of Dead. Here he meets his music idol, rubs shoulders with unsavoury characters, and uncovers some family secrets. Miguel has to work against the clock in order to save characters in the Land of the Dead from being lost from memory forever, and to ensure that he himself re-enters the Land of the Living. In the process Miguel brings understanding and enlightenment to himself and his precious family.

Coco’s story is complex but conveyed in a manner that young viewers will understand. Its messages of respect, family values, and understanding are deep. Its setting is unusual– skeletons, death, the Day of the Dead seem uncommon in children’s animated films. Its depiction of Mexican culture is educational, colourful and varied. I think Coco‘s contribution to children’s storytelling will prove valuable.

Coco opens at cinemas in South Africa on 24 November 2017.