New X-Men, with an opening scene best left in the past

Mutants attack earth relentlessly in the opening scenes of this new X-Men movie. Despite their best efforts at retaliation, the X-Men clearly are not powerful enough to fight off their attackers and things look desperately grim.

The scene is accompanied by the voice of a narrator who asks a question worded something like this: Do we have to accept our fate or can we change what happens?

This question forms the basis for X-Men: Days of Future Past, the latest installment in the X-Men movie series. After the opening scene ends (which it did much to my relief), the story begins in earnest with the X-Men discussing how to solve the mutant problem that is decimating earth.

Their solution is to send one of their members back into the past in order to intercept Raven’s (Jennifer Lawrence) actions at a particular point, actions that had set the mutants in motion. Whilst Charles Xavier is the best choice to convince Raven, he isn’t physically capable of making the time-travel journey, bound as he is to a wheelchair.

Wolverine (Hugh Jackman), with his twitching muscles and visible veins, is therefore chosen to go instead. Wolverine makes the journey successfully and meets up with a young Charles Xavier (James McAvoy). A very different Xavier  then, he at first resists Wolverine’s efforts at persuasion before giving in and helping to contact Raven. The action then proceeds along these lines.

Apart from Erik’s (Michael Fassbender) metal-bending antics, I quite enjoyed the story. Peter Dinklage as the evil Dr Trask makes an interesting enemy and there is a good amount of depth displayed within and between the characters. The film ends with just a hint that it’s not all over yet… So fans can probably look forward to more…

X-Men: Days of Future Past opens at Nu Metro cinemas in South Africa in 2D and 3D on Friday 23 May.

Soon to be released in South Africa – X-men: Days of Future Past 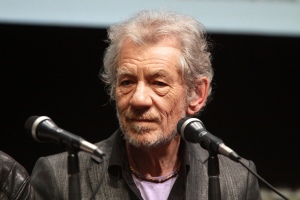