Heartbeats Fights it Out on the Dance Floor

Okay, so in action films warring parties fight it out with swords and canons. Take the ghosts and pirates in Pirates of the Caribbean: Dead

Men Tell no Tales as an example. In dramas like Denial the ‘warring’ takes place in the courtroom with barristers and solicitors using tightly worded arguments as weapons. In Heartbeats the battle is contested on the dance floor, and the warriors are hip-hop/Indian dance specialists. The heroes, Kelli Andrews (Krystal Ellsworth) and Aseem Kapoor (Amitash Pradhan), are young and beautiful, not ghoulish or cerebral. And the obstacles they have to overcome include neither shipwrecks nor incriminating evidence, but parental disapproval and the struggle to earn respect.

In Heartbeats the dancing really is the main thing. The plot intrudes only now and then to create some sort of framework on which to hang the story. It’s so easy to predict what happens next that watching Heartbeats provides no mental challenge. But the dancing is lovely and the dancers lovely to look at. I found myself swept along with the flow, wanting the heroes to succeed and happy when the looked-for ending comes to pass. Images of Bombay/Mumbai (there’s a reference to the confusing name in the movie) are idyllic, painting a colourful, clean version of reality. So this aspect of the film was a little hard to swallow. Another potentially contentious issue in the tale is that success takes place in the wonderful land of USA. However, this is mitigated by the training ground that India affords the dancers.

There was no blood and guts, no swearing, no nudity and no sex. Heartbeats is probably aimed at the teen market, like Step Up was, but will be lovely for most ages to watch. The film opens in South Africa on 30 June 2017.

The Hundred-Foot Journey is not too sentimental after all

I had avoided the preview of this film for fear that it might be too sentimental. Now that The Hundred-Foot Journey is on circuit and I have seen it, I can confirm that it is indeed a glossy, unrealistically idyllic, too-earnest movie that glories in the ultimate innate goodness of human beings.

But it is saved from sentimentality by the ongoing rivalry between the main characters, the French scenery is beautiful to look at, and the story is a diverting, funny one that ends happily. I enjoyed it after all.

Hassan (Manish Dayal) has always had a special affinity for food. This gift is nurtured by his mother and Hassan learns early on to cook in the family restaurant in Bombay. Unfortunately, disaster strikes and Hassan’s mother is killed and their business burned to the ground. The remaining family members set off for Europe to see if life will be kinder to them there.

Fateful circumstances lead them to the quaint and beautiful village of Saint-Antonin-Noble-Val in France. Here the family of six – headed by Papa (an entertaining Om Puri) – set up a glitzy Indian restaurant – right across the road (in fact only one-hundred feet away) from the very posh, Michelin-star-rated French restaurant owned and run by snooty Madame Mallory (Helen Mirren).

The Kadam family’s arrival stirs up prejudice amongst the townspeople and intense competition in Madame Mallory herself. A series of funny incidents occur, with both sides determined not to give in.

In the meantime Hassan develops a relationship with one of Madame Mallory’s cooks, Marguerite (Charlotte Le Bon), and hones his cooking skills. Togetherness and acceptance win out in the end and teach the characters a lesson.

The Hundred-Foot Journey is currently showing at Cinema Nouveau Theatres in South Africa. 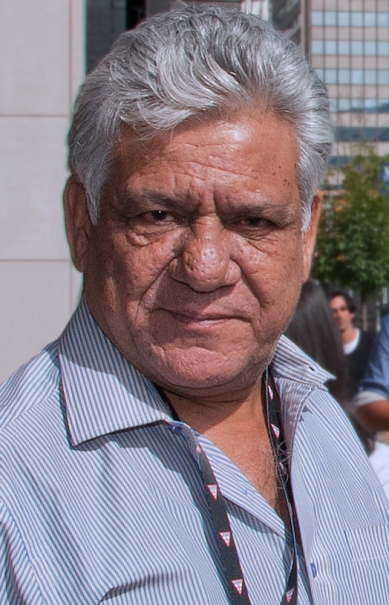