Captain America: The Winter Soldier reminicent and too violent

Captain America faces many foes in this Marvel production of the superhero which is due for release in South Africa this week. The enemies come in several guises and our hero has a hard time telling friend from foe.

Played by handsome Chris Evans, Steve Rogers is, however, able to trust Natasha (a slim, red-headed Scarlett Johansson) and an out-of-shape Falcon (Anthony Mackie). Together they fight the mysterious Winter Soldier, the brains behind this super soldier, and ultimately the threat to freedom itself.

An exciting car chase featuring a battle-scarred Samuel L Jackson as Nick Fury is good to watch. Some giant machines designed for world-domination, lots of fight scenes and a good versus evil plot make for entertaining viewing – particularly in IMAX 3D.

But the fighting seemed over the top to me and too violent, even for a superhero. And the Captain’s bemoaning of the good old days at the beginning of the film got a bit tiresome. For our hero the “good old days” meant the freedom that America espoused. It was this that he felt ultimately called to defend; a good bit of “democracy” propaganda I liked least of all.

The film concludes satisfyingly open ended so fans can look forward to a sequel.

Captain America: The Winter Soldier opens at Ster Kinekor Theatres in 2D, 3D and 3D IMAX on Friday 28 March. It carries an age restriction of PG13. 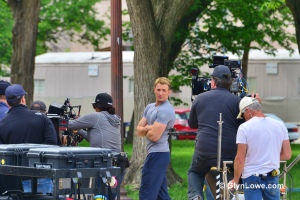 Chris Evans on set of Captain America: The Winter Soldier 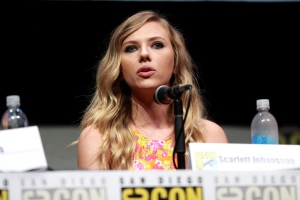 Scarlett Johansson at a press release for Captain America: The Winter Soldier