Images of Sudan staggering on painful legs brought tears to my eyes. At the sight of his painful, oozing sores the tears flowed down my

cheeks. And when Sudan was finally euthanised to the obvious distress of his carers, I had to mop my chin and blow my nose. What made Sudan’s death more tragic was the fact that he was the last male northern white rhino – in the world – to die. The species was effectively extinct. And then, wonderfully, the veterinarians who attended Sudan’s last moments withdrew his DNA. And with this DNA will be able to resurrect the species. Good news from bad. But I have to wonder: when this magnificent creature once again browses the grasslands of Kenya (or elsewhere) will it be as relentlessly hunted as before? After all, man’s greed and concomitant need is something that has yet to be addressed.

I had been watching Sudan’s story in the form of a documentary called Kifaru (kifaru is the Swahili for rhinoceros) which was screened at the 2019 Durban International Film Festival. Another festival documentary that highlighted both the greed and the need of man was Mossville: When Great Trees Fall. Briefly, Mossville: When Great Trees Fall is the story of how Sasol established a refinery in the American town of Mossville. How Sasol’s gigantic, emissions-producing setup chased people from their homes, and gave them in return very little in compensation and a whole host of social and health problems. Sasol and other large companies continue seemingly unabated.

These and other documentaries show how humans are fuelled by both greed and need. And by consequence how climate change is also fuelled by both greed and need. These documentaries are distressing to watch. And messages about climate change that are coming thick and fast are also distressing. Bad news indeed. Glimmers of hope glow when scientists speak of climate change solutions in the form of renewable energy sources (see Climate Change: The Facts BBC Earth). But even these messages are confusing. Visit Renewable Energy is a Scam  and see possible drawbacks of renewables. The speaker in this video is pro-nuclear as an alternate source of energy.

Views of Germany’s Rhine River and Mainz. Germany is committed to denuclearisation within the next decade. 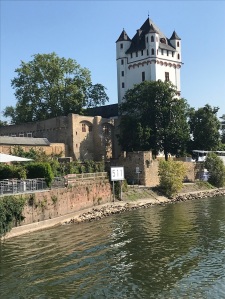 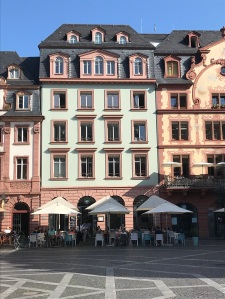 One climate change solution posed in the BBC programme stands out for me, however. Stem our throwaway culture. This solution I think addresses – at least ideologically – one half of the world’s greed, the other half’s need, and what both greed and its concomitant need have done to accelerate climate change.

the word of the Lorax seems perfectly clear,

UNLESS someone like you cares a whole awful lot,

nothing is going to get better.

(from The Lorax, Dr Seuss)

Stories and photos from Scotland