Film Stars Don’t Die in Liverpool is a small story. It’s about an ageing actress, her VERY young boyfriend, Peter Turner, and Gloria’s final grasp at life before dying of cancer in 1981. Gloria (played by Annette Bening), was a real-life person, well-known as an actress in the 1950s. In the present day 1970s/1980s of Film Stars Don’t Die in Liverpool, she visits her old flame Peter (played by Jamie Bell) and ‘plays’ out her last days in Peter’s family home in the UK, before being forced to return to the USA.

I say ‘plays’ because the film feels like a play. It opens with Gloria applying make-up, and refers several times to Tenessee Williams’s plays The Glass Menagerie and A Streetcar Named Desire. Similar to the feel of Williams’s plays, Gloria’s character is one of dreary self-absorption and histrionics. The viewer is drawn into this slow-moving, depressing atmosphere, and then buoyed up again as it becomes evident that Gloria’s behaviour masks a less selfish agenda. Even the flashbacks are presented theatrically with actors pausing at doorways before whooshing into past memories. 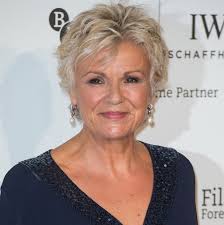 Despite how the film improves towards the end, the empty atmosphere created by Film Stars Don’t Die in Liverpool, together with its colourless setting, make the film drag. Being cut by half-an-hour would have improved what is essentially a small story drawn out over one hour and forty-seven minutes. Both Gloria’s and Peter’s character are sombre ones, with Gloria’s being particularly fragile, and Peter ‘s a little too sweet. The quirkiest character and best performance is carried by Julie Walters who plays Peter’s realistic, kind-hearted mum, Bella Turner.