The Lost City of Z Meanders

The Lost City of Z opens at cinemas in South Africa on 11 August 2017. This true-life drama details the life of British adventurer Percy Fawcett. Fawcett who worked for the British military and was a member of the Royal Geographic Society. He was sent to South America to draw up maps of the area and in the process became obsessed with finding out more about the region. 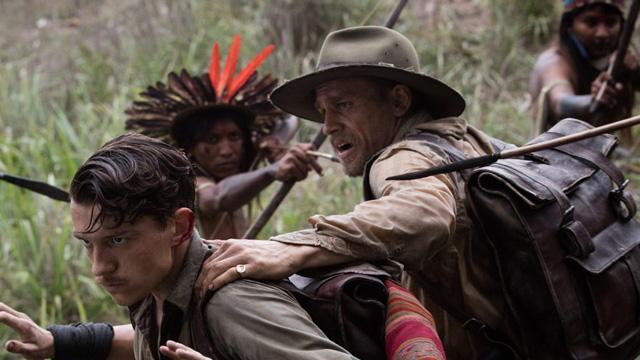 Fawcett did several trips to the Amazon (although the film shows only three) between 1906 and 1925, travelling each time with what appeared to be a very small crew, the last with his own son, Jack. Fawcett found evidence of what he believed to be an ancient civilization and its city (the City of Z). He exerted much energy trying to find it and in convincing the British of its existence. There was resistance from the latter, partly because it would mean them reassessing their belief in their own superiority.

The credits at the end of the film state that archaeological remains an unknown civilization have recently been found, seeming to back up the Fawcett story.

Fawcett is played by Charlie Hunnam (a less hunky version of the part he played in King Arthur) and his wife Nina by Sienna Miller. Miller’s character is developed and realistic and contrasts to some extent with those of Fawcett’s team mates and colleagues. The latter remain undeveloped and distant so that the viewer will find it hard to care about them. The film attempts to condense several decades into two hours and 20 minutes and doesn’t feature much of a climax. The result is a far too long, meandering story with little character advancement.

Fawcett is shown as a man ahead of his time, one who goes against the established view of women and ‘the other’ as less than the British White male. I felt this was added on for a modern audience. The website www.historyvshollywood.com has a similar view.

The Lost City of Z opens at cinemas in South Africa on 11 August 2017.