Not Everybody Wants Some of this new movie

Everybody Wants Some is a film about a group of college baseball players. The action revolves around an all-male group reconvening at their common digs a few days before the academic year begins. Made up of a mix of juniors and seniors the young men struggle to get to know each other and in which sector of society they fit. In various groupings they try out – what amounts to – different music styles and the identities accompanying that music. So from country and western gigs to pop, metal and fantasy (okay the latter is not a music genre but a unique grouping nevertheless) they dress accordingly and try to fit in. Some of their social jostlings parallel how the boys are later to work as team members on the baseball field. Academia is merely an afterthought when compared to these important musings on the meaning of life. 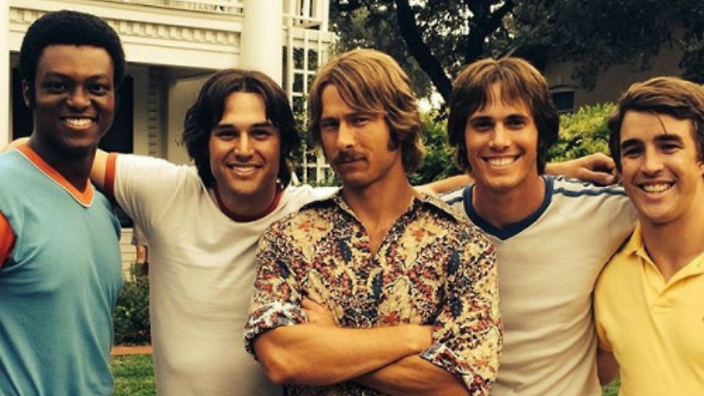 All these goings-ons give the impression of a film that is a sort of cross-between Grease and Dead Poets Society. Sounds good? Unfortunately Everybody Wants Some isn’t. While the best character in the cast is a dope-smoking fraud, the others are almost exclusively White male lookalikes, and their antics – in what is billed as a comedy – are just silly. As mentioned, Everybody Wants Some focuses entirely on men. One woman actually has some lines but all the other females are merely pretty-looking peripherals. This 1980s-set film also focuses almost solely on White men, with only a couple of gratuitous Black actors in the mix. A sexist, racially unequal offering with some frivolous humour is just not particularly welcome, edifying or even enjoyable.

Everybody Wants Some opens at cinemas in South Africa on 3 June 2016.