An interview by Brenda Daniels with Melissa Delport

This is the second post for the blog book tour of Melissa Delport’s exciting novel and trilogy, The Legacy. Be sure to see the first (review) post in the tour.

For more information on the author and the tour, click here. 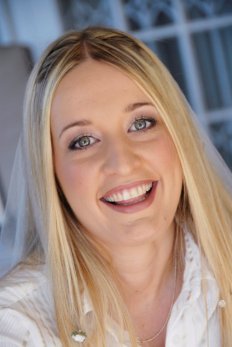 Brenda (A Feast of Tales): As a South African author why did you choose the USA (or New USA) to situate your story? Why not South Africa?

Melissa (The Legacy): Firstly, let me say that I adore South African fiction – it is colourful and steeped in history and familiarity. I broke tradition in setting my book in America for two reasons: Firstly, to make it more believable. The trilogy begins with a speculative nuclear war. I needed a setting that would be in the midst of the chaos and very involved in the decision-making that led to this catastrophe. Logically, America being a super-power was a perfect fit. The other reason that I chose America as my setting was to appeal to an international audience, given that my concept is geared towards fiction readers, and our fiction market is relatively small here in SA.

Brenda: Tell me about your strong female protagonist – is there a little bit of yourself (or at least what you imagine for yourself) in her? What and how much?

Melissa: I wish! I think it’s more the person I would like to be. Since having children I have become so much more cautious and careful, it is such a responsibility and as a mother you have both the most amazing love for your children, and the most crippling fear of anything happening to them, or yourself. Sometimes I just want to throw caution to the wind and be reckless, and fearless. I would love to have Rebecca’s abilities; I would also feel like I could take on the whole world! That being said, I wanted readers to connect with her, so for all her astounding strength and ability she is still very much human, a mother, friend, lover, and she has to deal with the same emotions and find a balance.

Brenda: I love the futuristic setting; what made you think of this time frame for your story? – Wondering what would happen if there was a nuclear war? Biogenetic engineering today that might enhance human capabilities for good or evil?

Melissa: I needed to set the story in the future to make it plausible, but I didn’t want an overly “futuristic” outlook, so I only jumped forward a few years. The holocaust also set mankind back, so by the time the story commences, 28 years later, the setting is very similar to a current day environment. The only thing that has advanced beyond what we know today is the genetic engineering technology. I didn’t want traditional weapons (guns, bombs, etc.) to play a role, so I opted to make the elite soldiers the new “weapons” and go back to hand-to-hand combat.

Brenda: Give me some insight into the “free will” values that the Resistance are fighting for – is this something you feel is under threat in today’s world, even in a democracy like the USA? Please elaborate.

Melissa: Yes, absolutely I do, particularly here in South Africa. I am not impressed with the political situation going on in our beautiful country. There are far too many chiefs and not enough Indians, and sadly too many of our leaders are power-hungry. I think the character Eric embodies this well, although his intentions are not necessarily all bad, the execution of his vision is very tyrannical. The setting of the book is obviously very dramatised and free will has been completely obliterated. Most dystopias contain an underlying warning of what could potentially come to being if humanity make the wrong choices, and The Legacy is no different.

Brenda: Where did you get your ideas? How easy is it to write something original when there is so much input around us? Think for example of films that involve superheroes and futuristic settings. Why is yours different? What will make people read it?

Melissa: The beauty of the SFF [science fiction and fantasy] genre is that it is not bound by the laws of what we know to be true and possible – it knows no limits other than the vivid reach of the writer’s own imagination. The Legacy is a dystopian action-adventure series, but it is different from other dystopias in that the characters are older, and they are not simply surviving in a devastating environment, they are excelling – because they have been given the skills and the training to do so.

My characters make a conscious choice to fight for freedom and justice; they are not unwillingly foisted into this struggle. There is also the contrast of the barren Rebeldom and the opulence of the New United States, which is similar to a pre-war setting.

Melissa: The Legacy Trilogy took almost as long to research as it did to write. I wrote the first two books while I was still working full-time, and with three young children, most of my writing was done at night. As a result I spent two years feeling exhausted, and yet with an amazing sense of achievement. Now that I am writing full-time, I try to treat it as you would any other profession and get most of my work done during the course of the morning, so that I can focus on my children in the afternoon. It is important to find a balance, although I will still invariably sneak in a few chapters when my family have gone to bed and the house is quiet.

Brenda: Can you give us a hint of what to expect in the next two books in the trilogy? Are your ideas formed yet? Are the books written? Does Rebecca’s romance feature strongly? How do you plan to publish – hard copy or online?

Melissa: The second book in the series (The Legion) is currently available in both hardcopy and online across all digital platforms. It was released by my publisher, together with Book 1 (The Legacy) on the 1st July 2014. The final instalment (The Legend) will be released early 2015. I have just finished the final book, and it is moving into the editing phase of publication.

Rebecca’s romantic involvement with the men in her life does feature more heavily in books 2 & 3, and I am happy with the choice she ultimately makes, although a little heartbroken. It is bittersweet now that this series has come to an end, as I have invested so much into these characters and they are very dear to my heart. Fans of the trilogy will, however, be happy to know that I am planning a spin-off series, which will feature some of the secondary characters. The Rebeldom is just too exciting a world to let it end with Rebecca’s story.

Brenda: What’s your next project?

Melissa: I am making final changes and polishing the final book in The Legacy Trilogy, called The Legend, and then I am moving onto a new project, which is a fantasy series that I am very excited to get started on, but which may take me longer than any of my previous books, given the complexity of the plot.

For more information about Melissa’s Publishers, check their site out.

The Legacy, the first novel in the trilogy.