Winter’s Tale is a fantasy romance set in a wintry New York. The action spans over a century with several characters appearing throughout the time without ageing. The tale is a circular battle between good and evil complete with a magic horse, a Judge with Satanic qualities (Will Smith) and a host of demons, the most determined one, Pearly Soames, played by Russell Crowe.

The centrepiece of the film is the love story of a seemingly common thief, Peter Lake (Colin Farrell), and Beverly Penn (Jessica Brown Findlay), a rich but dying young woman.

A secondary love story is between the same Peter Lake many decades later and a little girl called Abby, who is dying of cancer. As Pearly tries to destroy any beauty in these relationships, Peter works to fulfil his destiny by helping Beverly and Abby avoid their mortality.

Farrell, who has starred in action films like In Bruges and London Boulevard, does well in this romantic role; the love scene between Peter and Beverly is particularly tender. He also seems to have a rapport with children, and his interactions, firstly with Beverly’s young sister Young Willa (Mckayla Twiggs), and then with Abby (Ripley Sobo), are lovely to watch.

Long after a gripping tale has finished, I may grapple with the story, delving into the characters’ traits, sometimes imagining myself living out their lives. I didn’t with Winter’s Tale. I couldn’t identify enough with the characters to care about them.

The fantasy elements, too, are just too unbelievable to be enjoyable. Despite some good relationship scenes, Winter’s Tale is a forgettable film that will not appeal enough to adults or children to be enjoyable for either audience.

Winter’s Tale opens at NuMetro Theatres in South Africa on Friday 28 February. It runs for 118 minutes and is rated 10DSV. 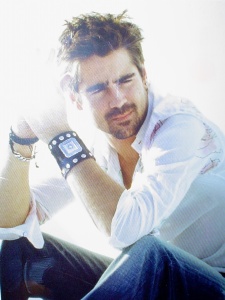